Concert institutions are mediators: they are places for meeting, places for performing, they are in a sense communicators and as such they stand between artistic and creative content and society. The symposium takes this assessment as a starting point and targets three main questions:

The first question centres on the observation that many education projects react to a heterogeneous, multi-cultural society. This in turn leads to a contemporary perspective that hardly allows an in-depth exposure to and appreciation of cultural heritage. How can music education go beyond studying the opus itself so that a string quartet, for instance, can be seen and understood not only as a music genre but also as the representation of a societal idea? What meaningful connections can be made by music education between a national cultural heritage – such as folk music – an so-called classical music?

The second question arises from the fact that the age of media has long reached music education and thus asks how music education reacts to the new technologies and aesthetics? Where are worthwhile fields for exchanges – especially in reference to content sharing? Throughout the symposium about ten organisations will be exhibiting digital media products that promote and facilitate music education.

The third question looks at the present day music scene where access to cultural content is not only made possible through producers but also through other players of the music market such as labels, promoters, publishers, agents or local promoters. So far, music education has not reached out or included them, despite the fact that they are in the same boat since only informed, enthusiastic and zealous listeners can turn into customers. Which possibilities are there for working together? How can producers, agencies and music educators benefit from each other? 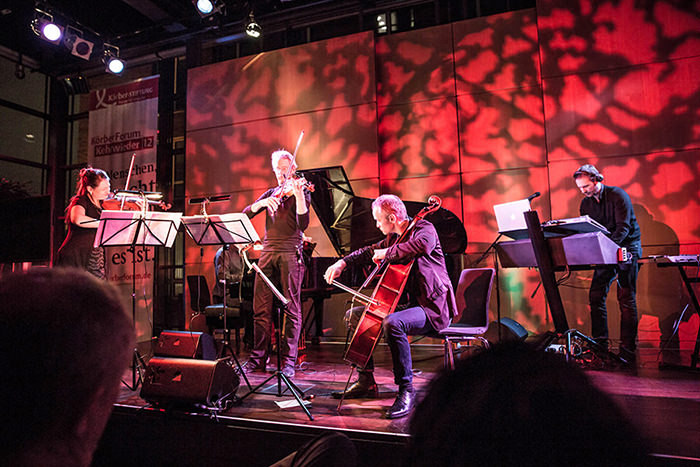 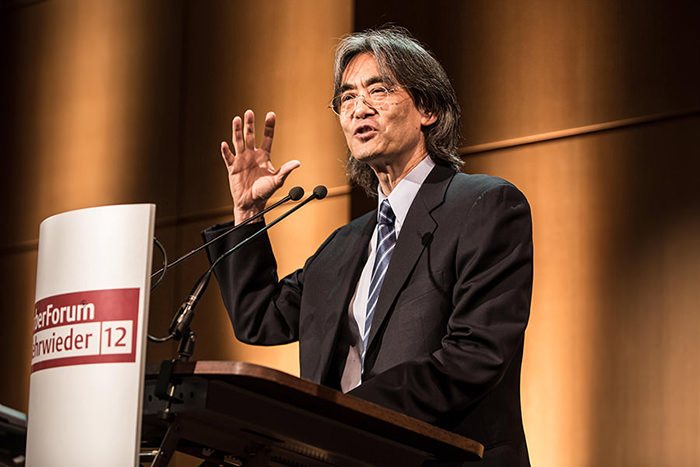 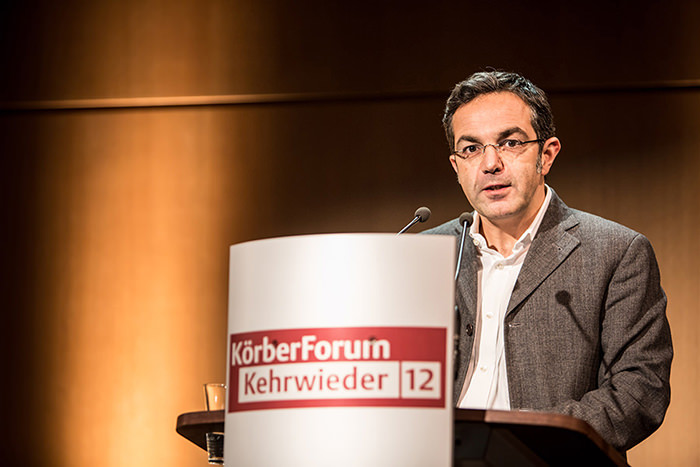 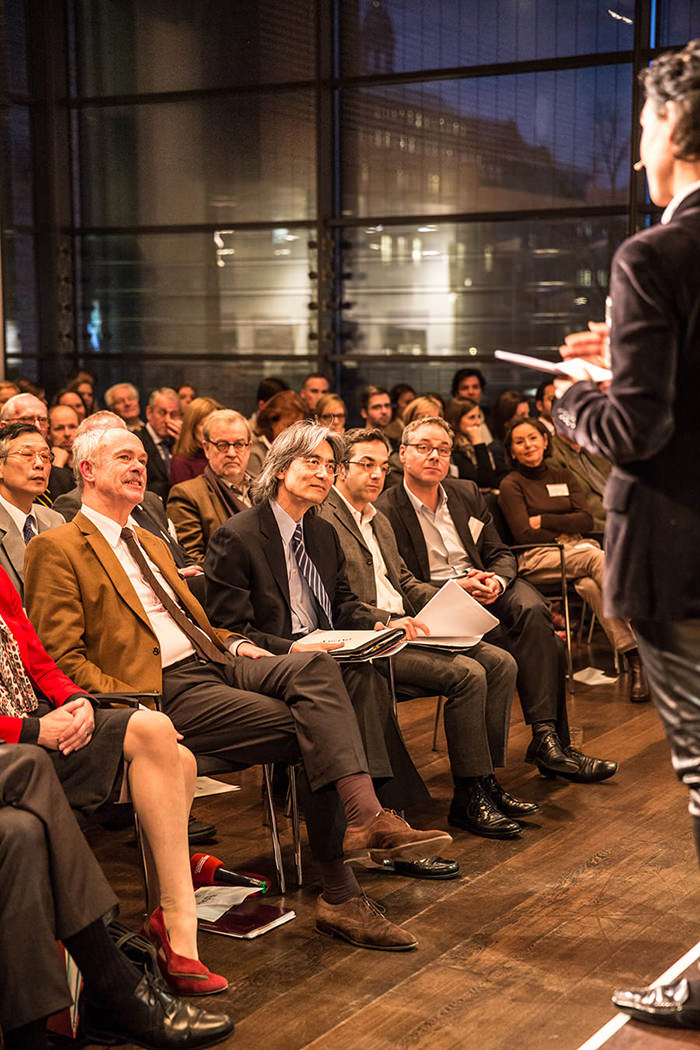 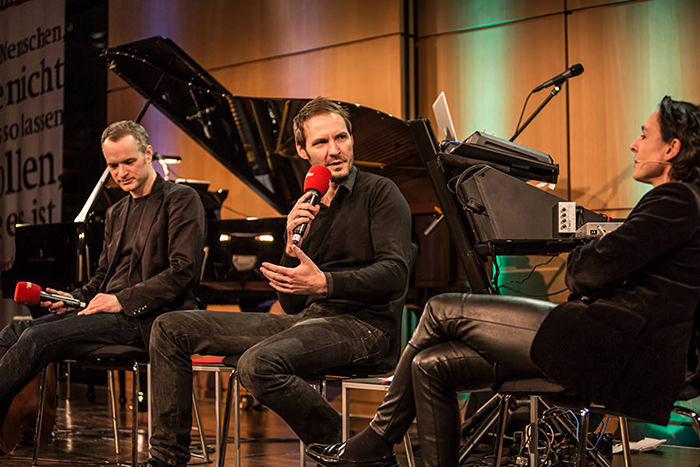 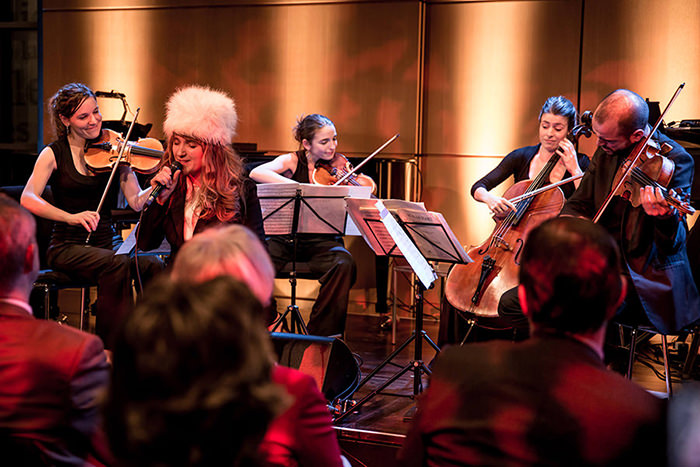 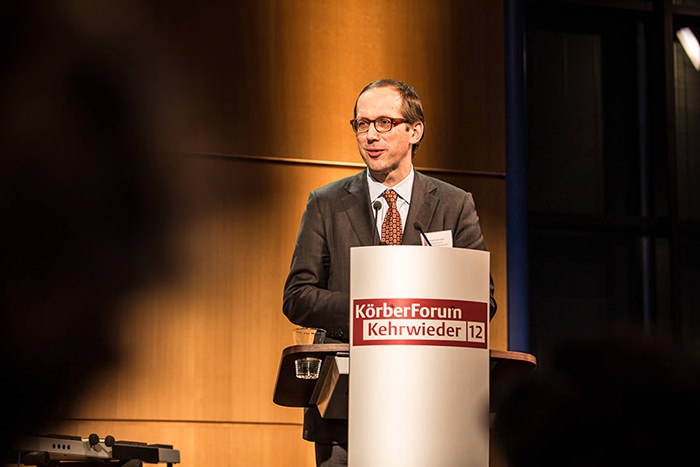 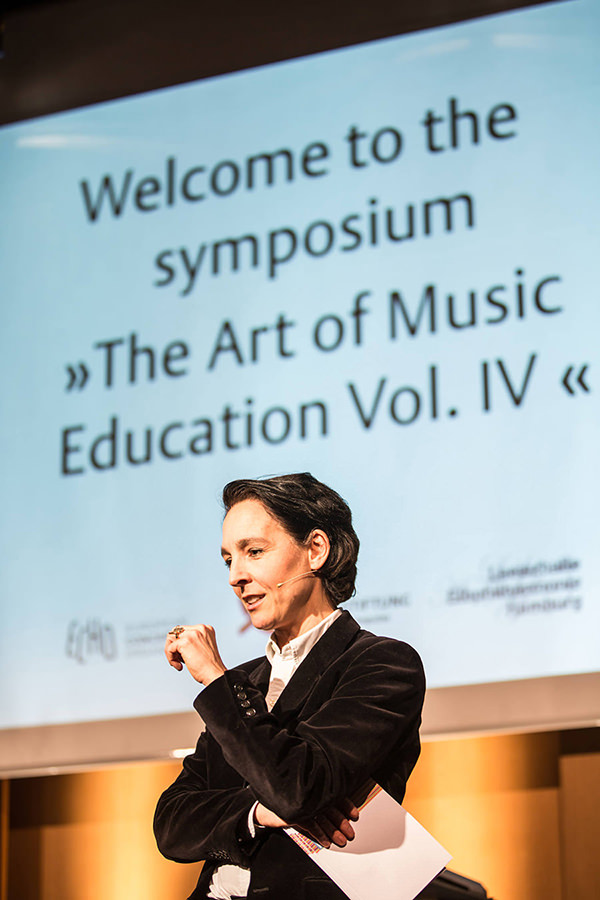 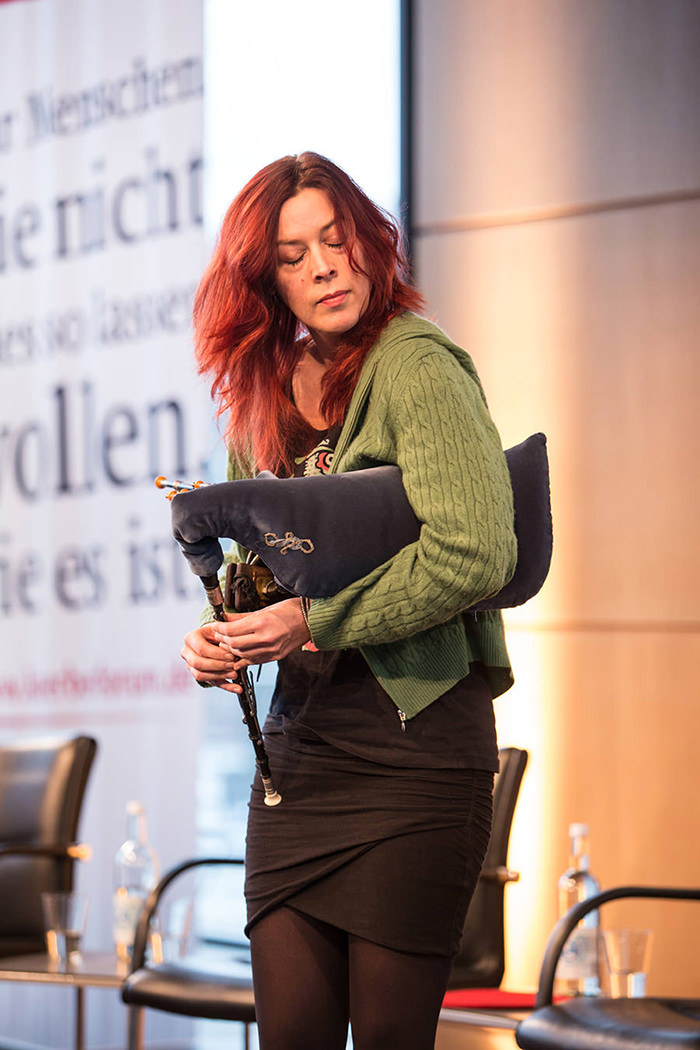 Kathryn Tickell plays a folk tune with her Northumbrian bagpipe 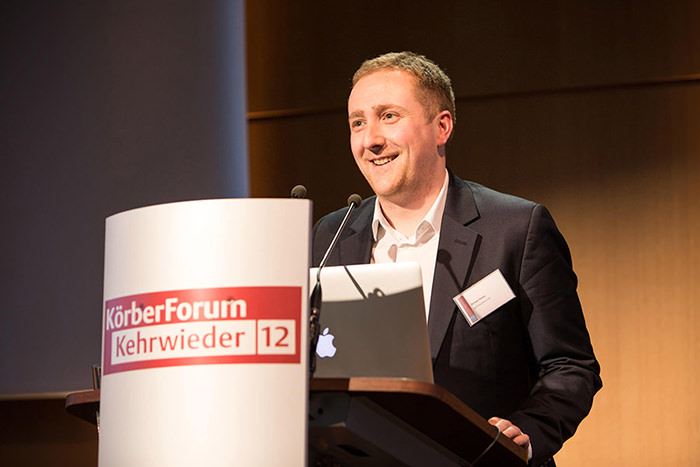 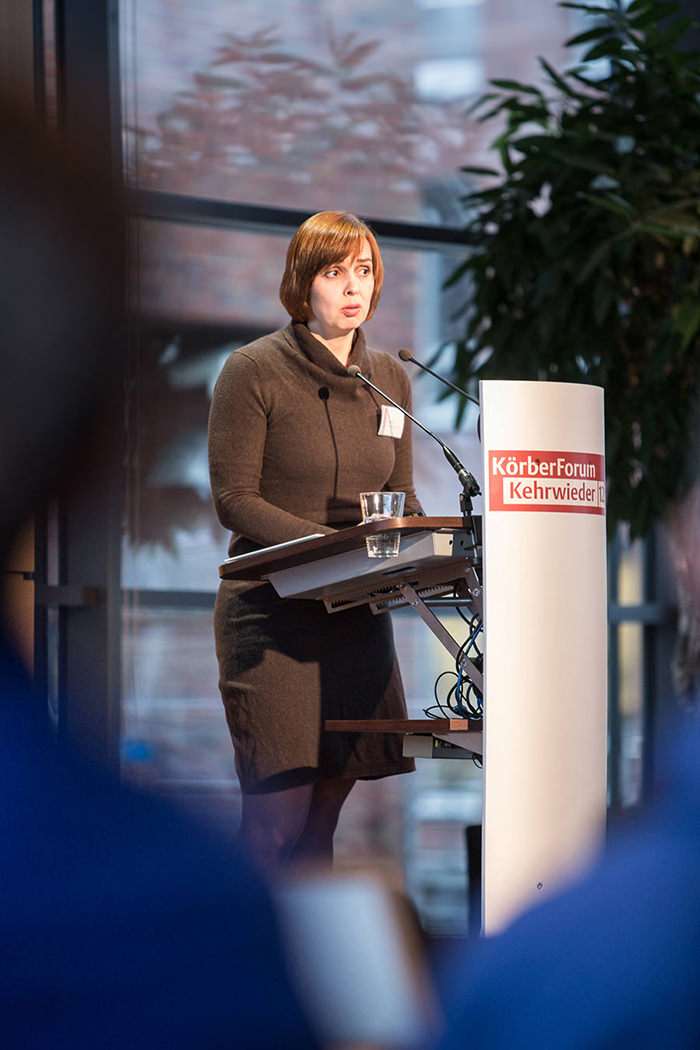 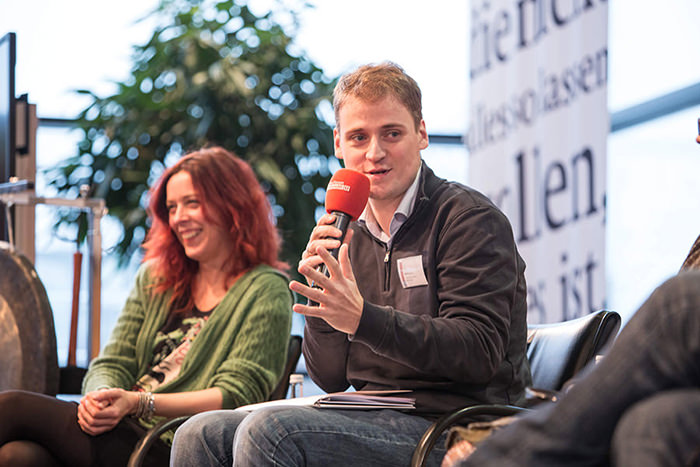 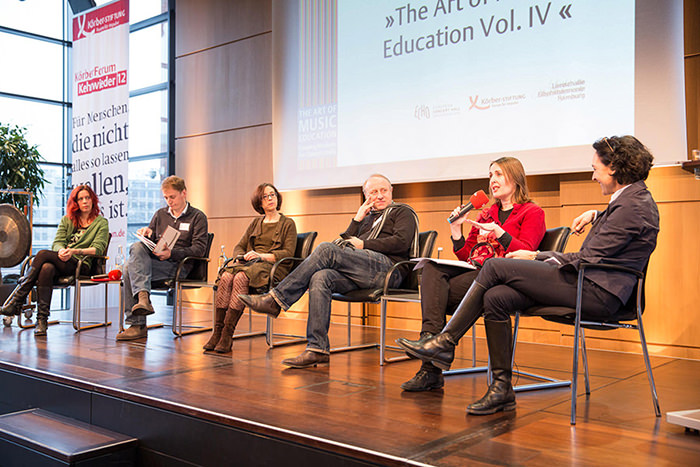 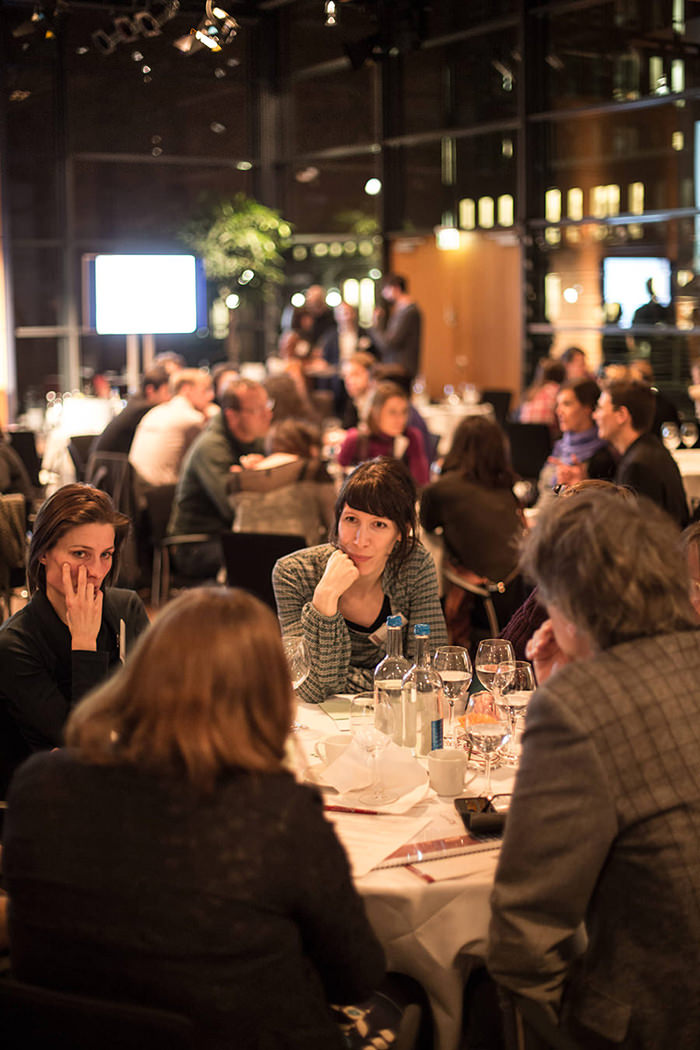 Discussion in a Culture Café 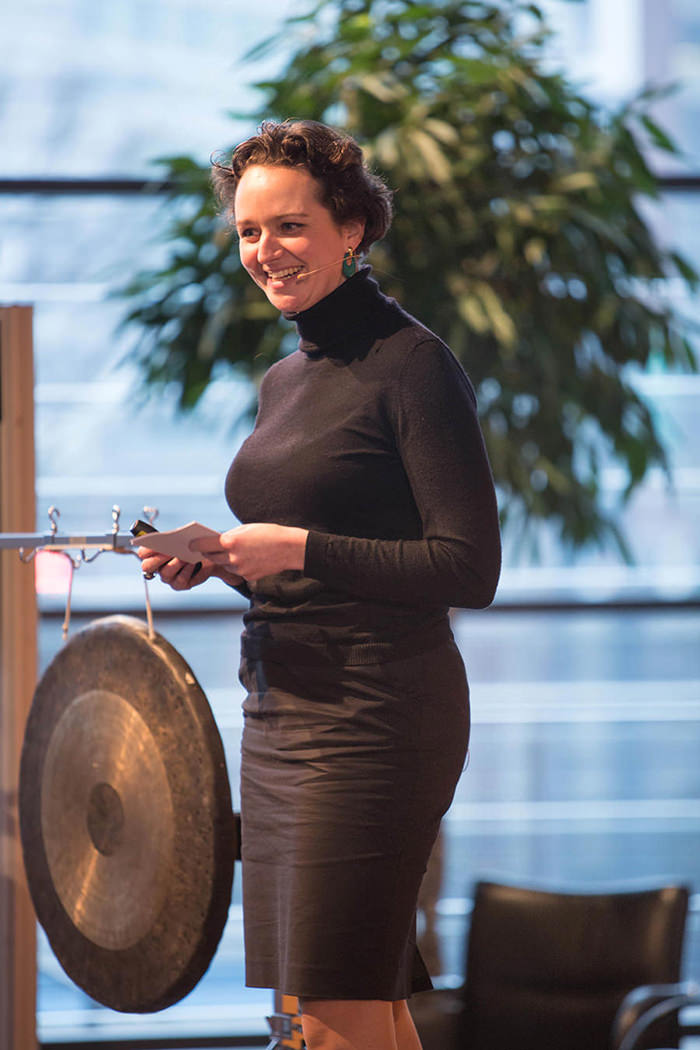 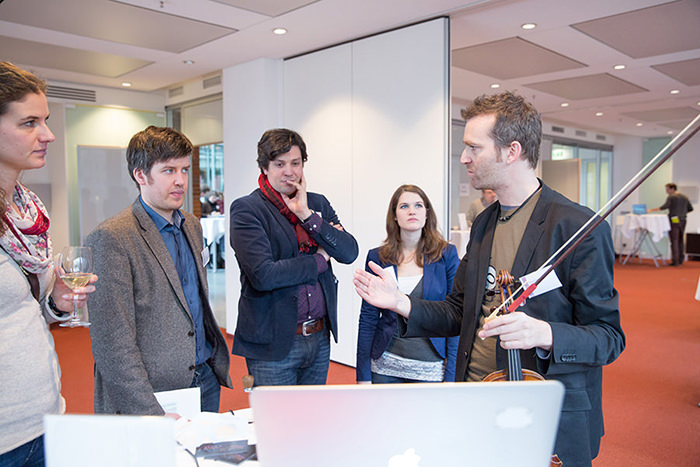 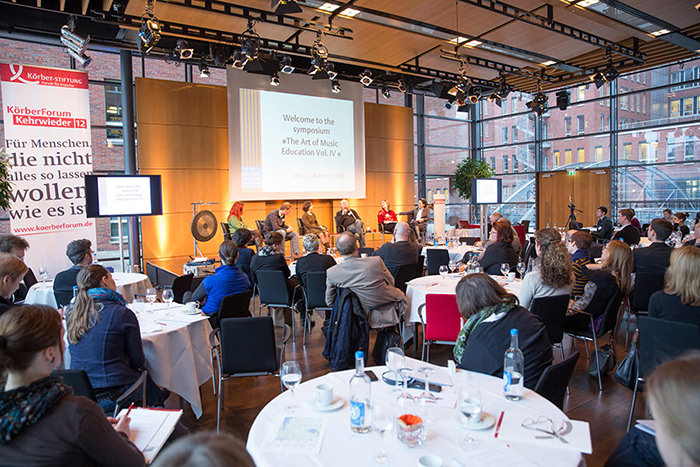 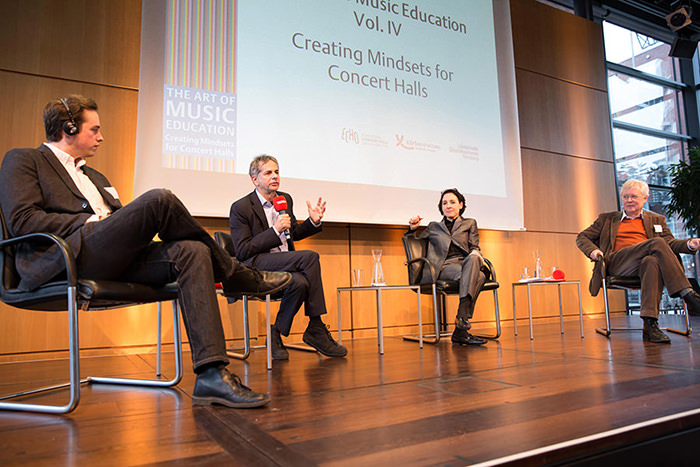 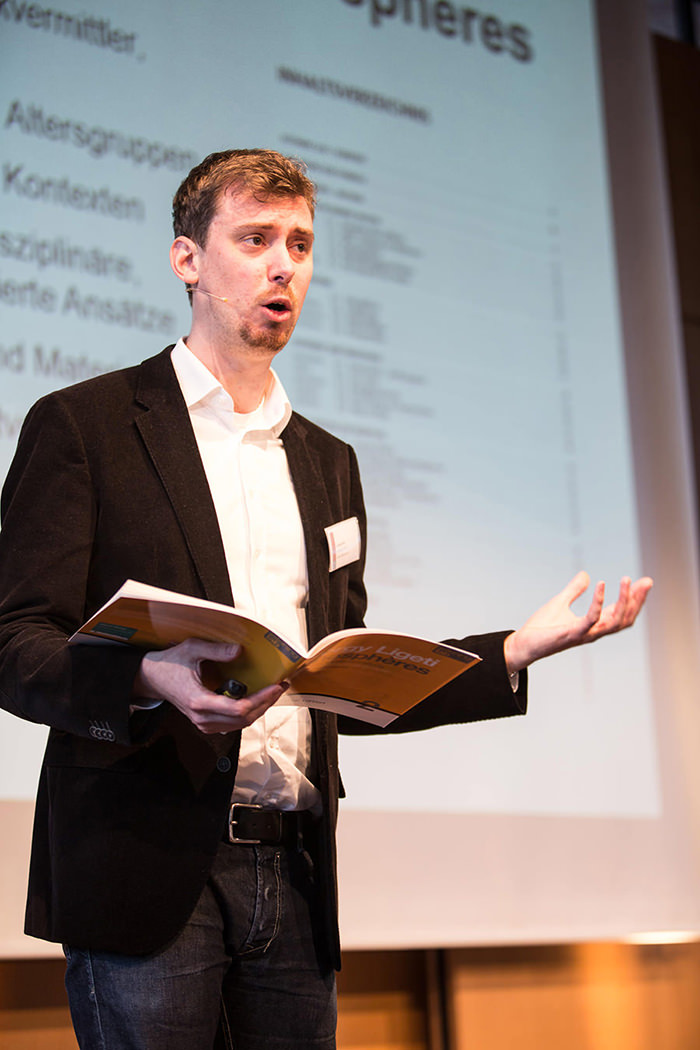 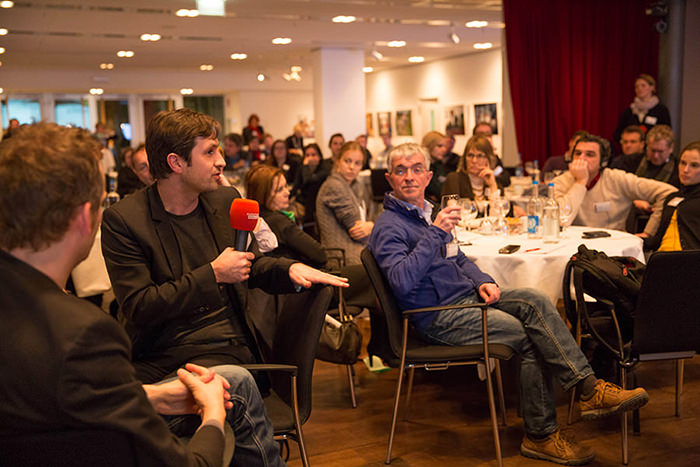 Discussion with the audience 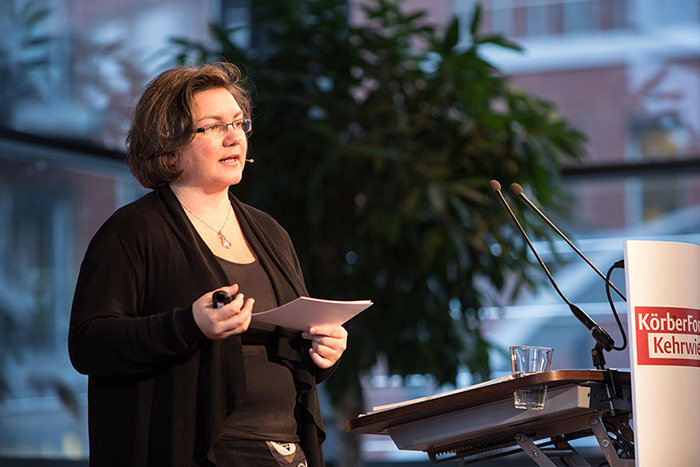